Who is Lou? – a cross-disciplinary art project initiated by Swedish choreographer Emma Nordanfors and Danish art curator Louise Witthöft. Participants in the project were also Canadian artist Rodney LaTourelle. To this group, two russian dancers were connected. All artists in the project were chosen for their interest in working internationally and in a cross-disciplinary context. The process was hosted by Proekt_Fabrika in Moscow and resulted in a combined exhibition and performance, open to the audience in both a day and an evening- version.

In this performative installation, two performers move as if under the spell of Chronus, becoming rhythmic instruments expressing a variety of conditions and perceptions of time. The bodies of the performers become sites of struggle where temporal strategies are tested. Each performer must rely on their own internal clock to perform a series of actions, making this piece totally different for each participant. They try to spin at a constant speed, judge a specific time length with their imagination, or even perform simultaneous movements. In other sections, the performers transpose fixed positions through space, resist an imaginary force, or articulate another’s most intimate expressions. These repetitive structures produce differences that begin to expose each performer’s individual characteristics and identity, and a similar strategy is used to generate the surrounding space and sound for this work.

The performers respond to a large wooden structure within the former factory space whose alien presence concentrates a broken sense of passage. While the structure is symmetrical in shape, each side is easily identified as either open or closed. Meanwhile, a sequence of sounds emphasizes the already existing noises to be heard in the room. Four separate audio stations with looped compositions incorporating music from different eras blend in and out of the existing sounds that continue throughout the piece. Performed daily in a continuous cycle, each viewer will enter and exit the piece accordingly; the duration of the piece is for each person to decide. Members of the audience will have no fixed seating arrangement and are able to explore the space of the performance as it goes on, allowing a subjective engagement to determine the experience. 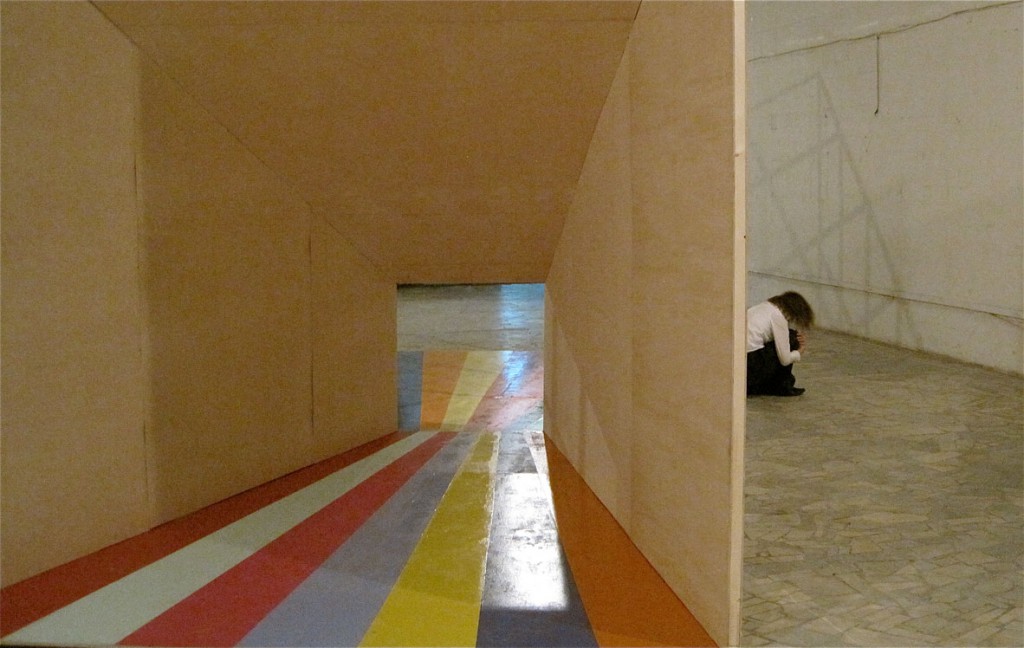 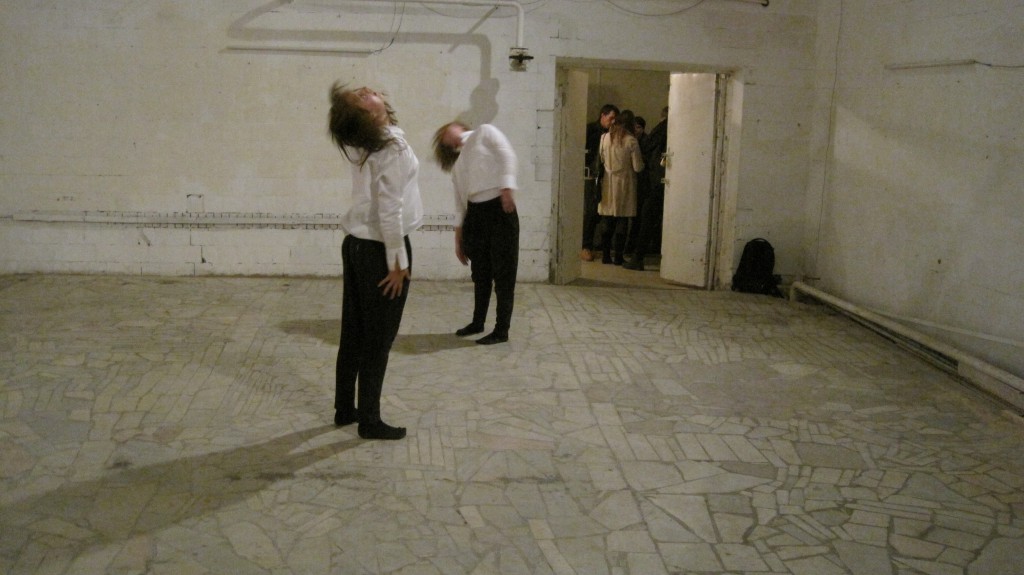 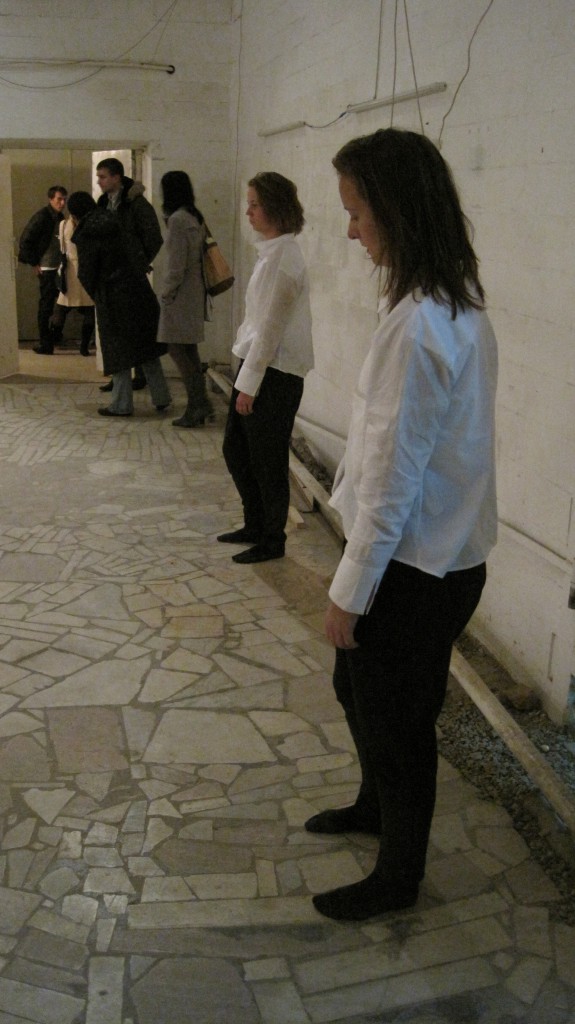 Time is a fundamental part of human existence. We live our lives through time as immediate experience, anticipation and memory – which are bound to the now, the future and the past of a human being. But does time really exist or is time only a part of an intellectual structure, within which humans sequence and compare events? Time binds people together, and is frequently treated as a language, an organizer, a message system for dealing with feelings about other people. But time also separates people, as we react to different codes in the use of time.

1. American artist Dan Graham’s performance Past Future Split Attention from the Lisson Gallery in 1972. A performance documentation of two people who know each other very well standing facing each other. One person have to predict what the other one will say while the other one have to repeat what the first one just said…- the future being reminiscent of the past.

2. An experiment from a schoolyard in America from the start of the 80s where school children where secretly observed and filmed during recess by a university anthropology student. When he later viewed the film, his first impression was the obvious one: a film of children playing in different parts of the school playground. Then — watching the film several times at different speeds, he began to notice one very active little girl who seemed to stand out from the rest. She was all over the place. Concentrating on the girl, the student noticed that whenever she was near a cluster of children the members of that group were in sync not only with each other but also with her. Many viewings later, he realized that this girl, with her skipping and dancing and twirling, was actually orchestrating movements of the entire playground! There was something about the pattern of movement, which is translated into a beat — like a silent movie of people dancing.