”The moon always wears a stone helmet is a duet between Habib and Zakai seeking to pose fundamental questions about co-existence. It is about the painful process it can be to understand one’s own prejudice and let go of the unambiguous image of ’the other’.”

”Mia Habib started working on the production in Madagascar, prior to travelling to a longer rehearsal residency in Israel. With Adva Zakai Habib observed the Israeli feminist organisation Machsom Watch, following its members to work in check points. In the refugee camp of Jenin they performed one performance and gave workshops to girls aged 11-15 years in The Freedom Theatre, the only theatre in the West Bank.” 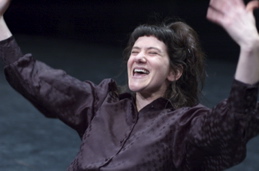 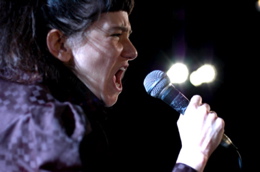 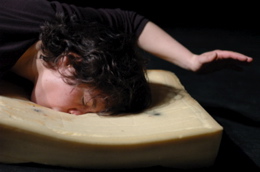 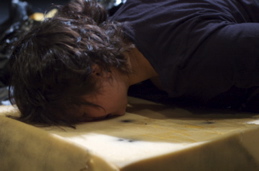 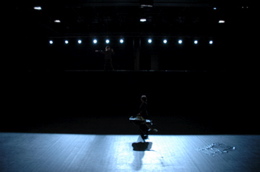 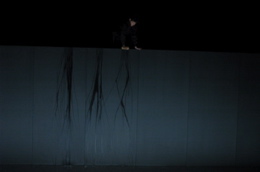 ”Zakai quickly takes us into a fanatical prayer infiltrated by masochist desire – placed upon, exactly, Arab men. Religion and sexual desire mix in text as well as body, through her mimicking a sexual rhythm while worshipping God. When the religious is eventually left for the sexual in manic desperation, she has managed to conjure a kind of dirty unease in me, reminding me of contempt. Contempt for the Arab man, contempt for the masochist, contempt for the belief in God, contempt for the desire. At the same time I can’t avoid feeling an excitement over what happens onstage.”