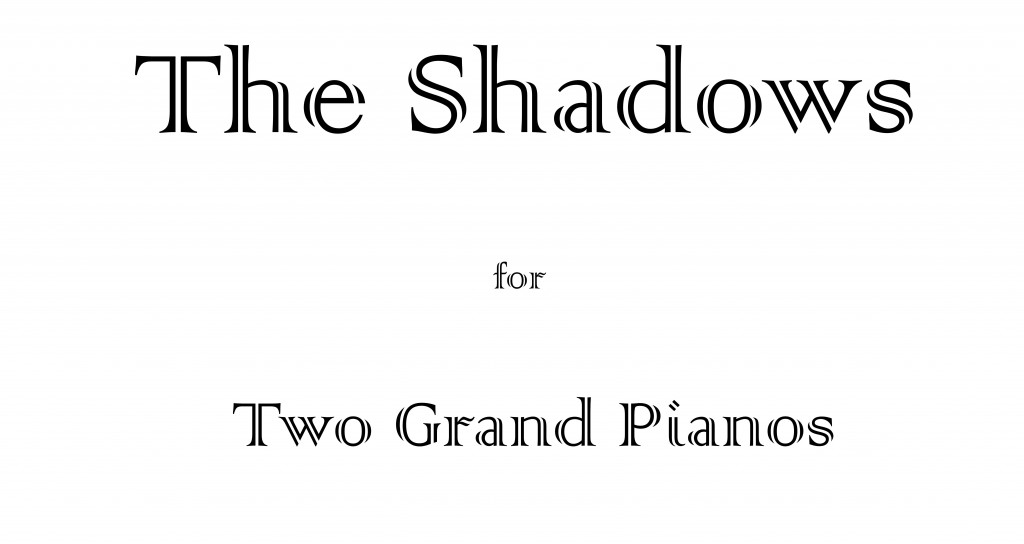 The Shadows was originally composed in 2006 for a percussion ensemble containing six percussionists. It was premiered at the Academy of Stage & Music in Gothenburg, but it was a major disappointment in several points of view. In 2011, I therefore decided to revise it and arrange it for two pianos.

Tiny marionette-like figures; from cardboard, scraps of materials, thread and cork, and painted in colour, hung in the centre of the space, suspended from a wire structure and lit gently at floor level. The images were projected on to the surrounding walls, where they appeared as surreal and macabre shadows; kinetic installations in which a strong light focused on figurative shapes helped create a mysterious environment of silhouettes in movement.

Thinking of different types of craftsmen through our history.

It could be a blacksmith in a dark forge or a miner in a dusky mine.

Always with a strong source of light, creating macabre shadows along the walls.

Or scientists in laboratories.

By themselves or in a group.

Working for the results and the future.

Shuffle and hand out.

Precise movements without shaking their hands.

Suspended marionettes and their individual movements.

Spotlights on the floor, surrounding the musicians, creating shadows on the wall.