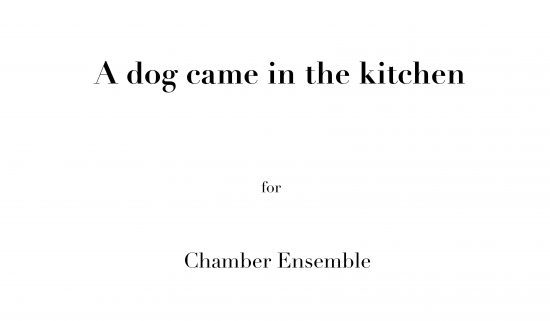 Intro: In the very beginning of the second act of Samuel Beckett’s Waiting for Godot – titled ”Next day, same time, same place” – Vladimir clears his throat and starts to sing ”A dog came in the kitchen”; an old folk song built upon an internal infinite loop, a transgression leading to a retribution ad infinitum. The song begins as a kind of entertainment, but very soon we understand its more serious weight as its harsh and infinite quality progressively dawn on us.

Outro: Towards the end of the play, Estragon asks Vladimir to sing again but he (initially) refuses and instead questions whether they could start all over again, and how difficult that would be. At this end point we understand that the song reflects the cyclic nature of time in the play, and that it at anytime could automatically repeat itself.

In between: The two shorter vocal passages create an outer structure for the two longer, inner circular, repetitive parts of this work, which try to display the difference between music as it wished to be and how it actually is, and how its inherent passages ”resumes for reasons unknown”. Implemented in the first and second movement – musically commenting the two acts of the play, but in reverse order, which leads us through to the outro and eventually back to the intro with the original song – are several dialogues within the ensemble. The conversations seem to made up out of endless repetitive ready-made phrases, wherein the only sustainability seems to be reduced to automatic exchanges; a word-play as a passing of time leading to no real conclusions. The fragments, lines and gestures are superfluous and irremediably there; they have neither a past, nor a future. Some changes admittedly occur, but by and large, the same drama ensues. The conclusion of the analysis tells us that this could go on forever. But it wont. It could just start all over again. 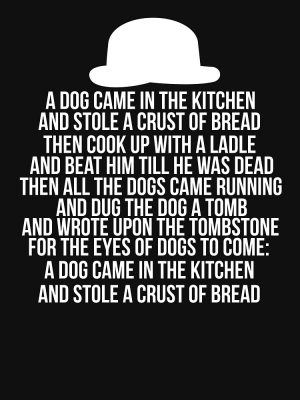 and stole a crust of bread

Then cook up with a ladle

and beat him til he was dead

Then all the dogs came running

and dug the dog a tomb

and wrote upon the tombstone

for the eyes of dogs to come

We could start all over

That should be easy

It is the start that is difficult

You can start from anything

Yes, but you have to decide

The text should preferably be sung as notated: Sprechgesang (but more song than talk), by all three instrumentalists (pi, perc & vcl), and within individually preferred octave. The two vocal parts are of course optional but should be performed by at least one member of the ensemble. 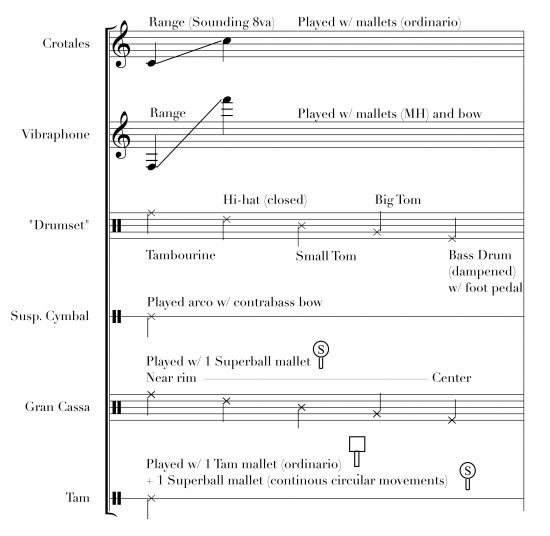 A dog came in the kitchen_ Midi1

A dog came in the kitchen_ Midi2