Toccata for Piano and Percussion 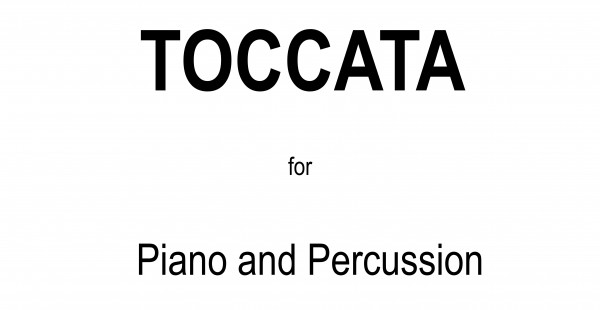 The word Toccata comes from the Italian verb toccare (to touch). During the latter part of the 16th century the Toccata was the chief form of keyboard music in (regulated) improvisatory style. During the 17th, the Danish-German composer Buxtehude established a form in which fugues were interspersed with sections of free fantasias, i.e. extended improvisations. Common traits in these contexts were irregular or free rhythm contrasted with a propulsive, unceasing drive of a steady pulse, besides sudden, sharp changes in the texture, irregular, indistinct phrases and long, harmonically static stretches marked by extended pedal points. The character of the toccatas was often intensified by making them vehicles for displaying the organ player’s skill, both at the keyboard and on the pedals; the demand for an almost schizophrenic virtuosity was a particular feature for the Toccatas.

The character of this Toccata from the 21st century may be described as restless. The music does constantly seem to approach a cadence, but until the very end of the first half, always evading the goal harmonically and rhythmically through continuous part-movement via recurrent tuning exercises – vast, distant centuries are tuned in through several filter layers. The numerous suspensions and the repeated dissonances are quite idiomatic to the combination of prepared percussive piano and various percussion instruments, while embellishments and minor scale passages in polyrhythmic shapes animate the texture. After the opening section comes one or more similar but more broadly laid out and with even more developed play with the running passages. The slowing down of tempo in the last variation just before reaching midpoint, coupled with the increasing animation and even wider sweep of the runs, makes the climax exactly halfway through the piece. The contrasting second half is in effect originally a ricercare (search out) with six short objects, each developed successively by imitation. 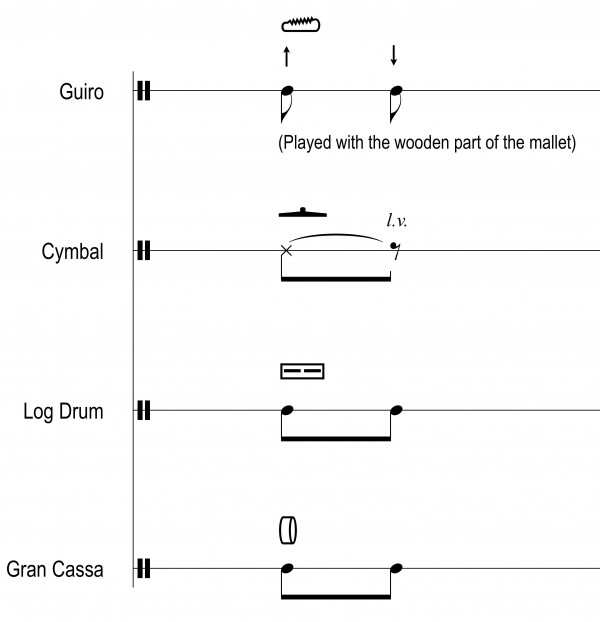 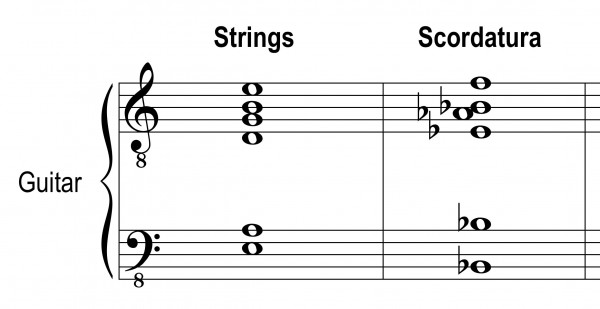 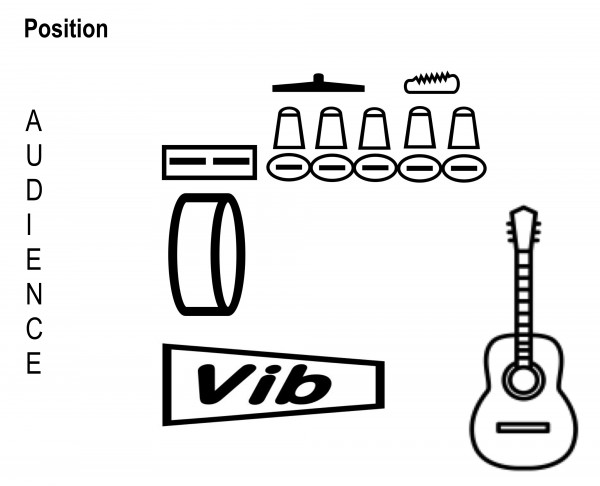 Preparation (Blu-Tack and Board Rubbers) 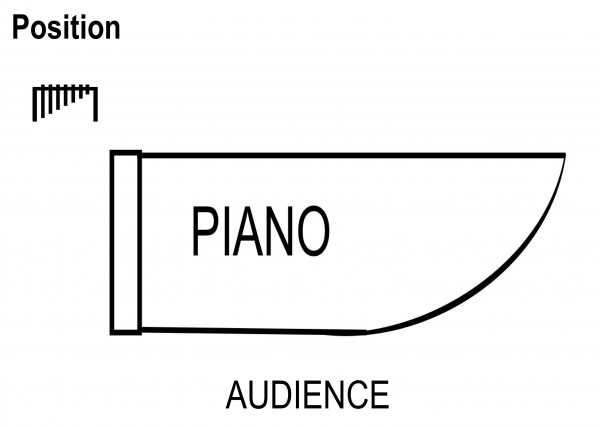 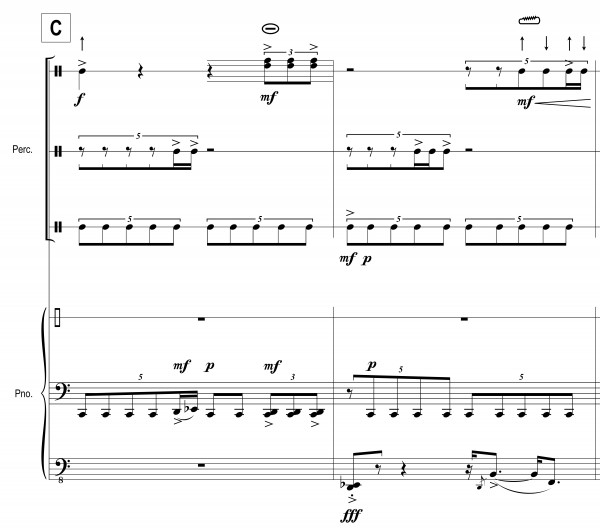 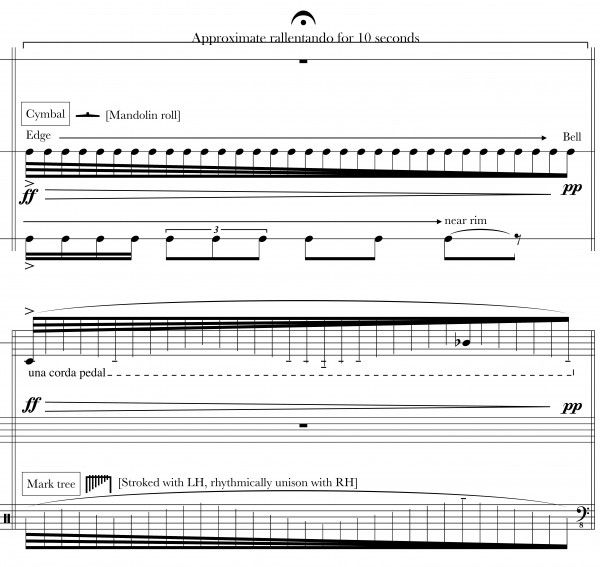